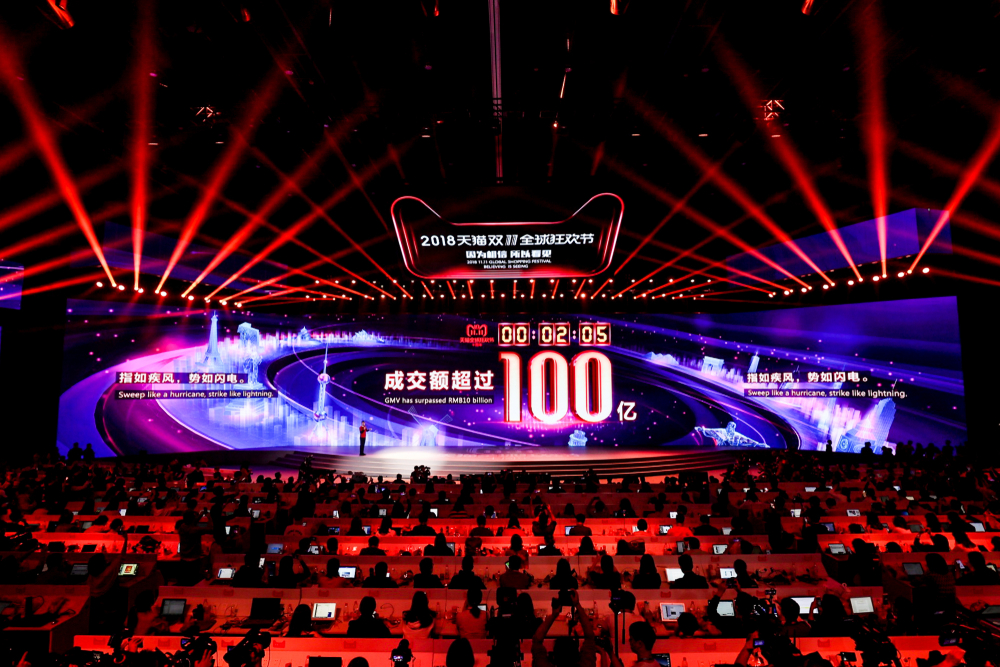 Some of the top-selling products early in the day included the 5G version of Huawei’s Mate 30 Pro smartphone, as well as Apple’s iPhone 11 Pro and Pro Max.

In the hours leading up to the shopping event, Alibaba’s video streaming platform Youku hosted its fifth annual countdown gala, which included performances from Taylor Swift and other celebrities. Hosted at the Mercedes-Benz Arena in Shanghai, the gala was broadcast live across nearly 30 platforms and TV channels.

Alibaba held its first Singles Day in 2009 with participation from just 27 merchants as an event for merchants and consumers to raise awareness about the value of online shopping. The number of merchants has grown to more than 200,000 at this year’s event.