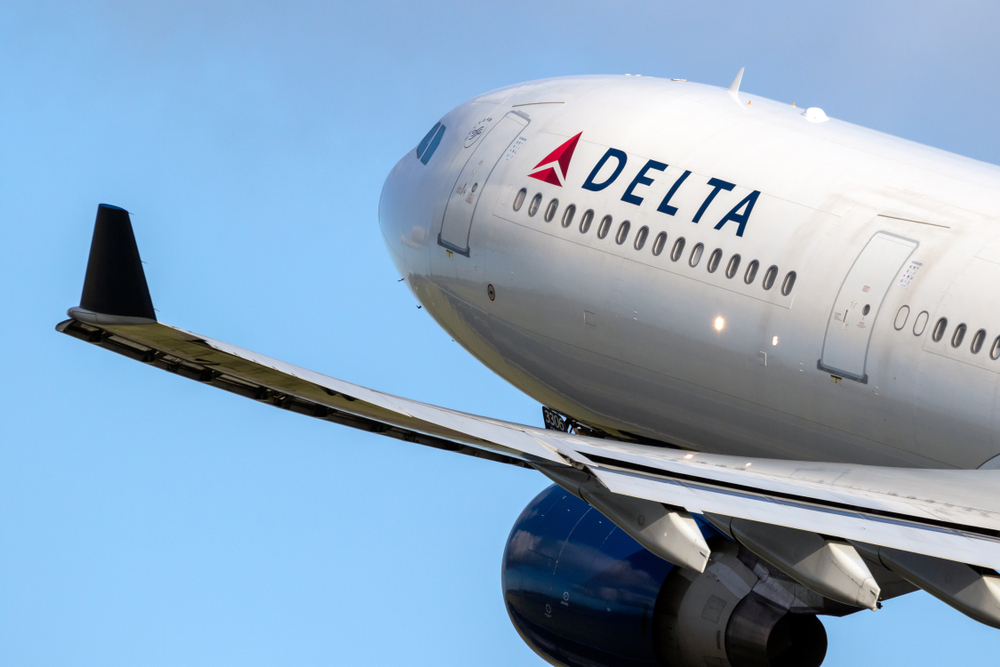 Delta Air Lines (NYSE: DAL) held its annual event for the investment community on Thursday and provided an update on its business strategy and 2020 financial targets.

The airline highlighted in its event that Delta expects diluted earnings between USD 6.75 per share to USD 7.75 per share in 2020. Analysts are expecting earnings of USD 7.03 per share. The Company also expects revenue to grow between 4% to 6% in 2020 to USD 49 Billion.

In the presentation, Delta discussed plans to continue bolstering its higher-priced products such as business-class seats. The Company’s management also boasted about its ability to get customers to pay more for seats and have said that it would help it weather a potential downturn, according to CNBC.

During the event, Delta noted that its premium-class revenue is growing at twice the rate of its overall revenue, reaching an estimated USD 15 Billion this year. Delta mentioned that its credit card partnership with American Express is also helping expand its financial by bringing in nearly USD 4 Billion this year and approximately USD 4.4 Billion by 2020.

Delta Chief Executive Officer Ed Bastian told CNBC’s “Squawk Box” that U.S. consumer spending and business spending is strong. He also noted that Delta does not have any of Boeing’s (NYSE: BA) 737 Max aircrafts in its fleet. Bastian notes that the grounding of 737 planes didn’t see “material benefit,” but its competitors American Airlines (NASDAQ: AAL), United Airlines (NASDAQ: UAL), and Southwest (NYSE: LUV) have been impacted because they were forced to cancel thousands of flights.

Delta shares rose by 4% on Thursday morning, but on Friday midday, shares were trading 0.41% lower. Delta’s performance this year has led its stock to increase by 13.2% this year, while American and United lagged behind. American shares slipped by 14.6%, while United shares marginally grew by 5.2%.