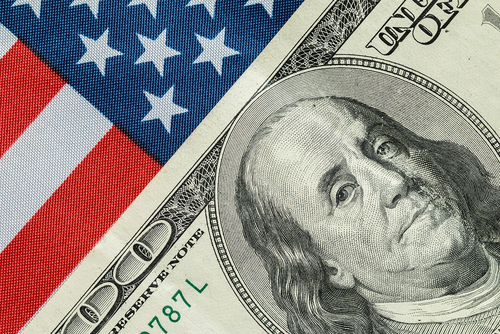 Consumer prices slowed in August, reflecting a sizeable drop in the cost of gasoline and other energy products.

The Consumer Price Index (CPI), which measures what Americans pay for items from fruits and vegetables to medical services, rose a seasonally adjusted 0.1% in August from the month prior. The small increase in consumer prices follows a much larger 0.3% rise in July, which had been driven by a jump in energy prices.

The Department of Labor said core inflation, which omits the volatile categories of food and energy, increased 0.3% from the previous month, marking the third straight monthly rise of 0.3%. Core inflation is up 2.4% over the past year.

Prices for a variety of goods and services rose last month. Rent, medical care, and airline fare prices were among the drivers behind stronger inflation in August.

The inflation report showed that energy prices dropped 1.9% in August and now are 4.4% below the level of a year ago. Gasoline costs fell 3.5% last month after rising by 2.5% in July.

Food costs were unchanged for the third straight month and up a small 1.7% from a year ago.

Inflation appears to be climbing back toward the Federal Reserve’s 2% target following a hefty drop early in the year. In July, the Fed cited a sluggish inflation rate as one of the reasons it cut interest rates.

According to President Trump, the Federal Reserve should reduce interest rates to “zero, or less” at the September 17-18 policy meeting.